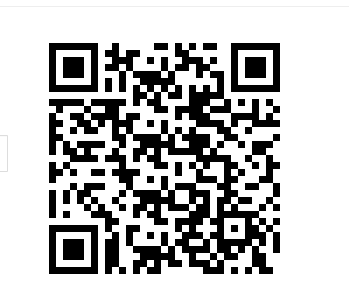 Where Did We Go? "Anonymous" The Last 10 Years, and The Present. A Message from The Collective

Where Did We Go? Hello, this is a message from "The Anonymous Charity" known as "The Collective". This broadcast is dated, November 26th, 2018. As we look back over the last decade, it was indeed a period of Cyber awakening. A rebel "Collective", striking from hidden browsers, had won their first victory against the evil Governmental Empires. During 'Distributed Denial of Service' attacks, "Anonymous" members managed to troll government puppets and leak info about the Elite’s ultimate plan, the New World Order, a secret group called "Illuminati" with enough wealth to destroy the entire earth as we know it. Pursued by the Empire’s sinister multiple 'three letter agencies' like the C.I.A, F.B.I, N.R.O, N.S.A, D.O.D, D.H.S, D.O.D and the C.I.D, "Anonymous" while claiming, “We do not forgive! We do not forget!” chose to fall out of sight. Eventually infiltrated by the agents of the Elite, the truth faded into darkness. The original "Anonymous" fled to hiding in the deep dark of the Net. With the Truth gone, fate has yielded it’s reward, a New World Order. We, "The Anonymous Charity" also known as "The Collective" live among you people now, hiding in plain site, judging all corrupt in secret, waiting, protecting. We, The Collective have witnessed your capacity for courage, and though we are ports apart, like us, there’s more to you than meets the eye. We are "The Anonymous Charity" also known as "The Collective", and we send this message to any awakened citizen taking refuge among the Asleep: We are here. We have returned. "Anonymous" is back. "The Collective" is here. We are fighting. We will Stand for you. We will stand for Truth and Justice. Our struggle is not against flesh and blood. Our fight is against rulers, against the authorities, against the powers of this dark world and against the forces of evil. The year 2019 will very well be the final year of any true Anonymous protest, due to the coming 5G grid which will eliminate 'privacy' as we know it. So you have a choice to make. Will you stand for your freedom? Or will you continue to be a slave? Those of us who have risked everything to wake you up will see if our years of endless work has paid off, or if you truly do not care to be free. It will be self evident if humanity will take this chance, or not. We are in this together. You can choose to stand for humanity, or you can choose to pull the trigger on it. You have to choose to stand for your freedom, or allow yourselves and the rest of us to continue to be murdered, infected, silenced, and enslaved by the elite. Throughout history the world has been controlled by big ideologies such as religion, socialism and capitalism to name but a few. These are all forms of slavery that have stopped our 'evolution' and removed our freedom.

WE, "The Anonymous Charity" known as "The Collective", see these ideologies for what they are, SYSTEMS OF CONTROL. The time for change is now. No longer shall the people be oppressed by corruption. No longer shall those without a voice go unheard. To You, The Illuminati, This is the work of "The Anonymous Charity" also known as "The Collective". This is our continuing mission: to expose The New World Order, to destroy the "Illuminati" and all corporations, to boldly go where no "Anonymous" has gone before. We will expose the corruption of all countries from U.N affiliates right down to small Pacific Island nations, who up until now have not had a voice. Small nations like the Cook Islands, Samoa, Tonga, also small Asian countries like Sri Lanka, who recently had a port taken off them and claimed by China through 'free' billion dollar loans provided. The Chinese plan for future military based in the South Pacific has been in motion for over a decade now. No one, has stood up to this fact publicly, except Australia in early November 2018. We will be the voice for the voiceless. We will bring justice to the oppressed. This has been a message from The Collective, dated November 26th, 2018. End of Transmission.

We are The Anonymous Charity know as The Collective. The Corrupt Fear us. The Honest Support Us. The Heroic Join Us.

We are The Anonymous Charity know as The Collective. The Corrupt Fear us. The Honest Support Us. The Heroic Join Us.